Marching with a Civil Rights Icon 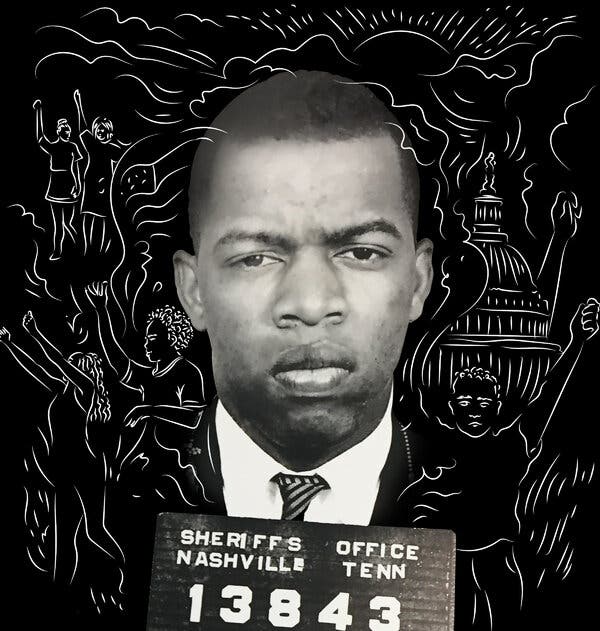 With the recent death of congressman and civil rights icon, John Lewis, I feel I would be remiss if I did not encourage readers to check out the March graphic novels. March is a series of three graphic novels written by John Lewis and Andrew Aydin and beautifully illustrated and lettered by Nate Powell. 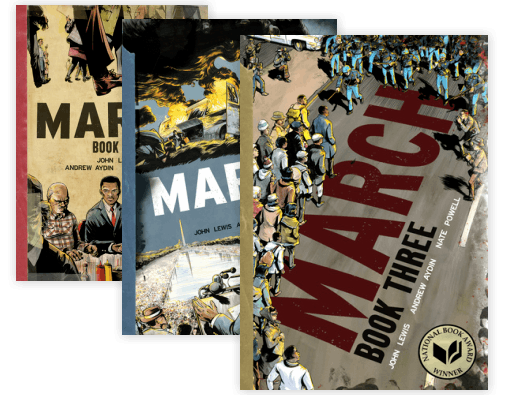 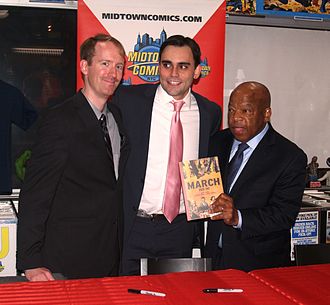 The idea for the March novels was born in 2008 when Lewis told his aide, Andrew Aydin, how a 10 cent comic book influenced him as a young boy. The comic Martin Luther King and the Montgomery Story was published in 1957 and introduced the nonviolence resistance methods of Rosa Parks and Martin Luther King. Aydin, an avid fan of graphic novels and comic books, suggested that Lewis write his own graphic novel to inspire and educate a new generation of young people.

Ok, I know am a total nerd, but I need to fangirl for a minute. How awesome is it that a man in his seventies was so inspired by a comic book as a child that he decided to write his own in order to better connect with young people? It only gets better! While promoting the March books at Comic Con John Lewis cosplayed as his younger self and led a group of young fans on their own march through the San Diego Convention Center!

March: Book One begins in Selma, Alabama 1965, with John Lewis and fellow civil rights activists about to cross the Edmund Pettus Bridge, a day later to be infamously known as "Bloody Sunday". The story flashes forward to an adult John Lewis serving as a congressman and preparing to attend the inauguration of Barack Obama. When he arrives in his office Lewis encounters a mother and her two children.  Lewis graciously takes the time to speak to family and tells them of his humble beginnings in rural Alabama.  The third of ten children born to sharecroppers, Lewis originally wanted to be a pastor, but was eventually compelled to attend college and join the civil rights movement

The trilogy goes on to chronicle Lewis's younger years including his involvement in the Student Non-Violent Coordinating Committee (SNCC), his multiple arrests for "disorderly conduct" and disturbing the peace", the march on Washington (where he was the youngest speaker), and his indefatigable advocacy for voting rights.

Lewis, Aydin, and Powell do not shy away from the appalling and heartrending violence that took place during the Civil Rights movement.The horrific lynching of Emmet Till, the Birmingham church bombing, Bloody Sunday, and many more tragic events are painful to read about. Ultimately, though, the March trilogy is an inspiring testament to resilience, perseverance, and faith in America and all of mankind to do and be better today than we were yesterday.

The third March book received the National Book Award for Young People's Literature in 2016 and John Lewis's speech is one that I could watch a million times and it would still bring tears to my eyes.

Like Lewis, I have always loved books and reading. It is hard for me to even comprehend that not that long ago people were denied access to libraries. I am so thankful and humbled that men and women like John Lewis fought for the rights and freedoms of so many others.

If you want to read about the life of Congressman John Lewis following the events in the March trilogy, Run written by Lewis and Aydin and illustrated by Afua Richardson was published in 2018. 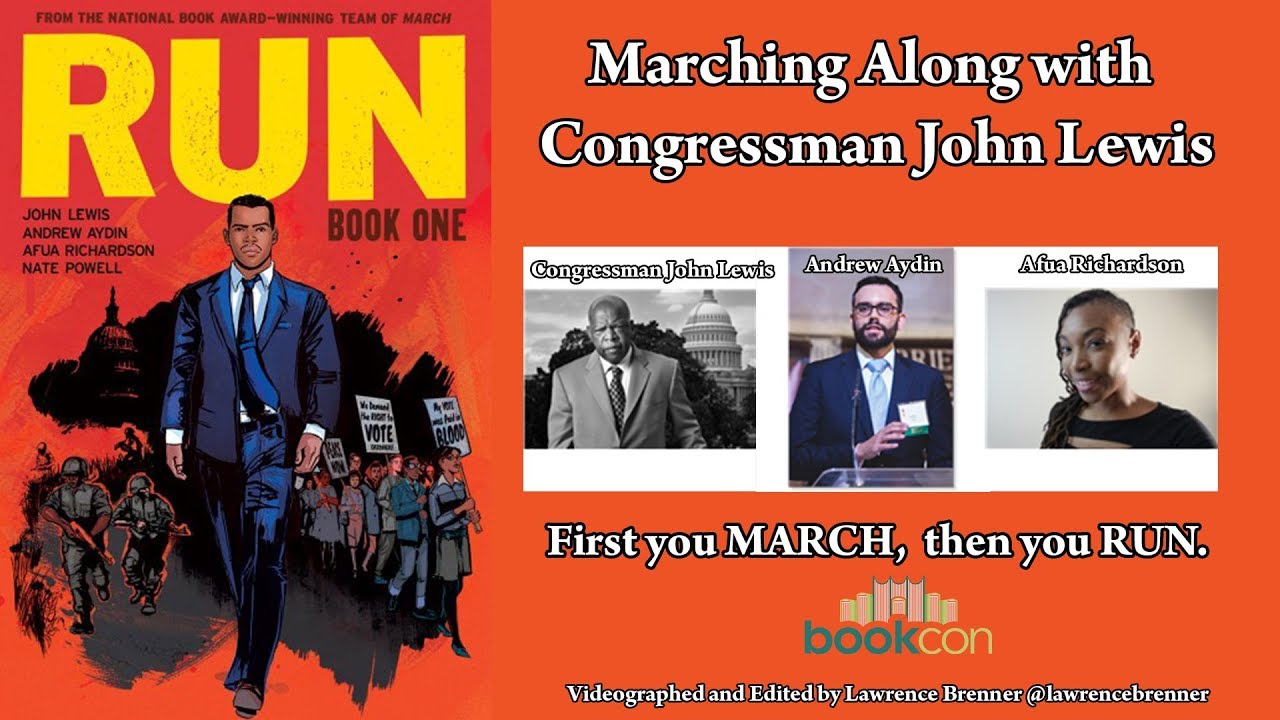 Posted by Anonymous at 1:23 PM No comments: