You name it Roberts does it.  When you think Nora Roberts you think romance, maybe you think J.D. Robb so you think Sci Fiction mysteries, but Roberts delves into all worlds.  She is a wonderful author, who pulls you in and paints the perfect picture in your mind.  I'm not going to tell you there is no romance in these books because there is, but it is hardly the main plot.  I am a huge fan of fantasy.  I needed something to read and was given a Nora Roberts book, I was hooked.  The way she can pull you into a story is simply magic.

One of the first books I read, was from the Key Trilogy. The Key of Light, was amazing, delving into a world of demigods and mystery. 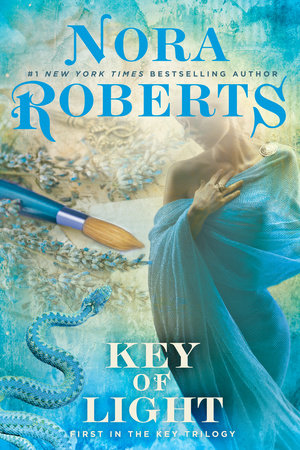 Malory Price’s life plan has hit a snag. She’s in danger of losing her job managing an art gallery in Pleasant Valley, Pennsylvania. A welcome distraction comes in the form of an invitation to a cocktail party at Warrior’s Peak, an infamous estate overlooking the town. But no one else she knows has been invited…
There are only two other guests: Dana Steele, a librarian, and Zoe McCourt, a single mother. On the surface, it seems the women have nothing in common, until their mysterious hosts tell them a story—and offer them a challenge.Legend has it that the souls of three demigoddesses—one an artist, one a bard, and one a warrior—have been locked in a box that has three keys. Now it’s up to Malory and the others to find the keys. Their reward: a million dollars each.It all seems too bizarre to be true. But none of them can ignore the financial windfall they stand to gain. And now Malory—with her soul of an artist and eye for beauty—must find her key first. She soon discovers that whatever locked the souls away is dark, powerful, and greedy…and it doesn’t want the women to win.

The Circle trilogy was a captivating read as a group of strangers struggle to overcome Lilith. 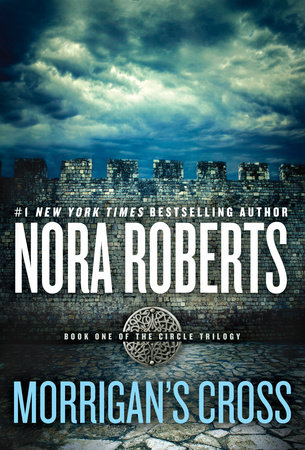 In the last days of high summer, with lightning striking blue in a black sky, the sorcerer stood on a high cliff overlooking the raging sea…
Belting out his grief into the storm, Hoyt Mac Cionaoith rails against the evil that has torn his twin brother from their family’s embrace. Her name is Lilith. Existing for over a thousand years, she has lured countless men to an immortal doom with her soul-stealing kiss. But now, this woman known as vampire will stop at nothing until she rules this world—and those beyond it…Hoyt is no match for the dark siren. But his powers come from the goddess Morrigan, and it is through her that he will get his chance at vengeance. At Morrigan’s charge, he must gather five others to form a ring of power strong enough to overcome Lilith. A circle of six: himself, the witch, the warrior, the scholar, the one of many forms, and the one he’s lost. And it is in this circle, hundreds of years in the future, where Hoyt will learn how strong his spirit—and his heart—have become…

The Three sister's Island trilogy brings a riveting tale of three witches trying to break a curse that occurred long ago. 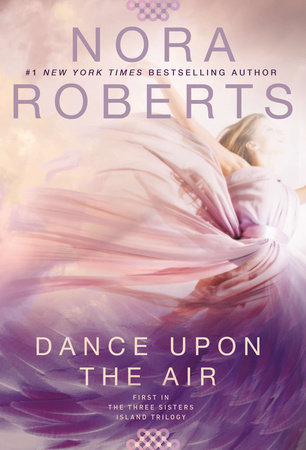 When Nell Channing arrives on charming Three Sisters Island, she believes that she’s finally found refuge from her abusive husband—and from the terrifying life she fled so desperately eight months ago…
Careful to conceal her true identity, she takes a job as a cook at the local bookstore café—and begins to explore her feelings for the island sheriff, Zack Todd. But there is a part of herself she can never reveal to him. One careless word, one misplaced confidence, and the new life she’s so carefully created could shatter completely.Just as Nell starts to wonder if she’ll ever be able to break free of her fear, she realizes that the island suffers under a terrible curse—one that can only be broken by the descendants of the Three Sisters, the witches who settled the island back in 1692. And now, with the help of two other strong, gifted women—and the nightmares of the past haunting her every step—she must find the power to save her home, her love…and herself.

Last but not least I would like to invite you to experience the magic of the Donovan Legacy. 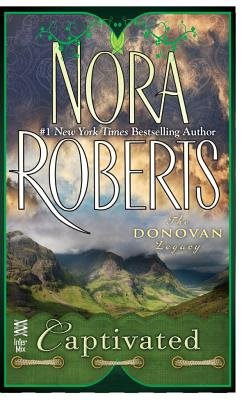 Their family shares the Donovan Gift. Each cousin has special powers that set them apart from ordinary mortals. But while their gifts bring great responsibilities, they bring even greater rewards...
It’s purely business between skeptic screenwriter Nash Kirkland and Morgana Donovan. When he visits the self-proclaimed witch's shop in Monterey, California, Nash only intends to ask for her help in researching his new screenplay. But before long, he finds himself falling under Morgana's spell....

These are all series, because I love being able to spend more time with characters who touch my life.  Though, these are only a few of Roberts books, these are some of my favorite stories.  So if you want a new series you can't put down Nora Roberts is the number 1 choice!
Posted by Anonymous at 9:36 AM No comments:

Continuing to follow up on New Year, New Series today with teen and adult pickings. A few of theses are a little newer to trade paperback print, so getting further into the series may take a while, unless you feel like buying single issues. 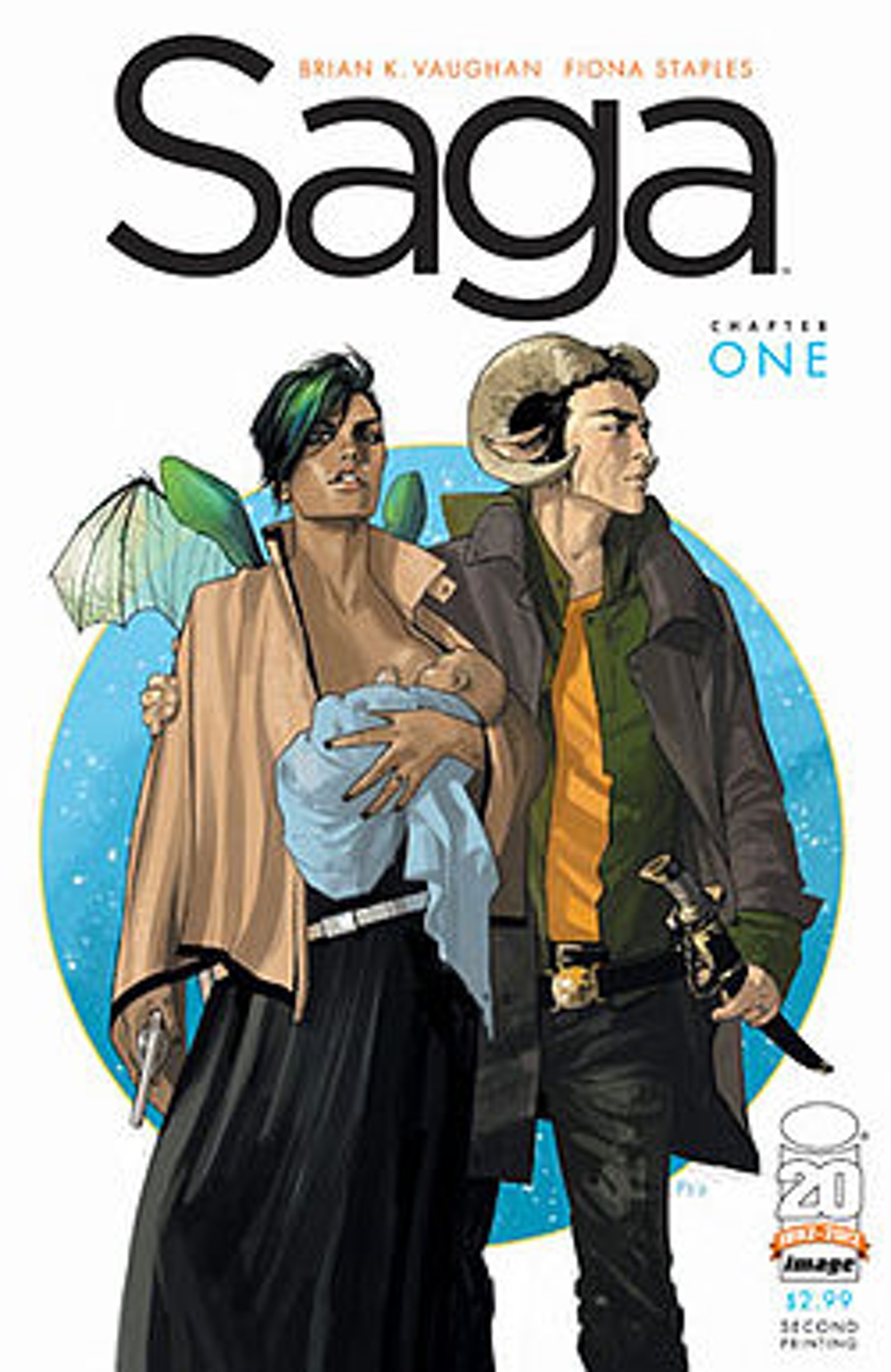 Take Romeo and Juliet. Except change the part where they die in three days, they instead have a child, and they also happen to be soldiers in a war between their two species and have a cross-bred love-child along the way. And that's the simplified version. I've never not enjoyed a Brian K. Vaughn book. This is definitely some of his best and the addition of a single artist for the whole series is a plus. We currently carry the first 7 volumes of it, which is all the trade paperbacks that exist in print. 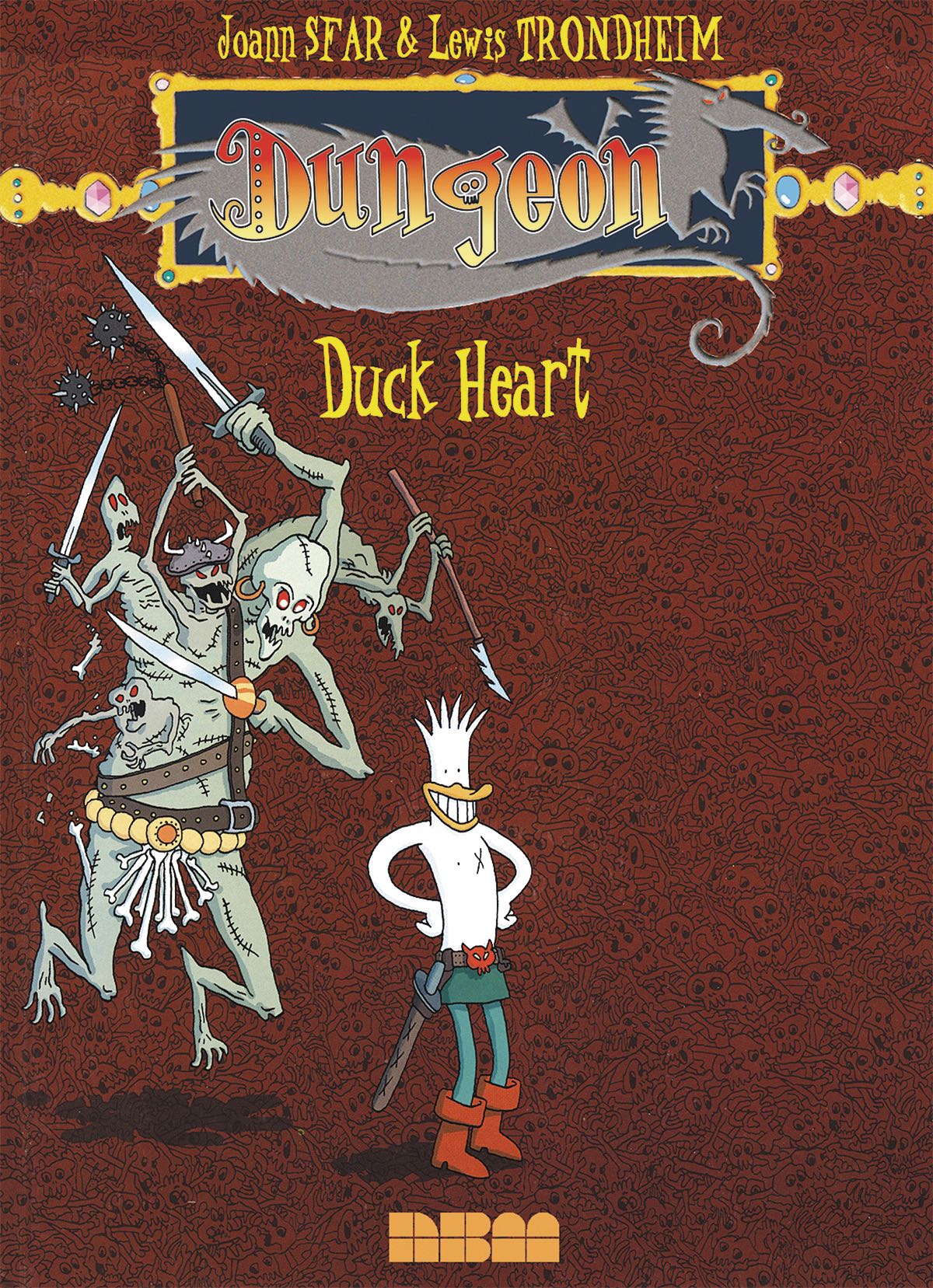 Dungeon is a little bit of a mixed bag. The only reason its in our adult section is because of some artwork that would be a little too much. Originally a french graphic novel, this might not have been an issue. It can be a bit silly but it very much reads like a D&D campaign gone off the rails. There's an overall tone of childhood imagination like when playing cops and robbers, you would have gotten shot because you are all of a sudden bulletproof or something. At 16 volumes though, its sure to keep you occupied for a long moment. 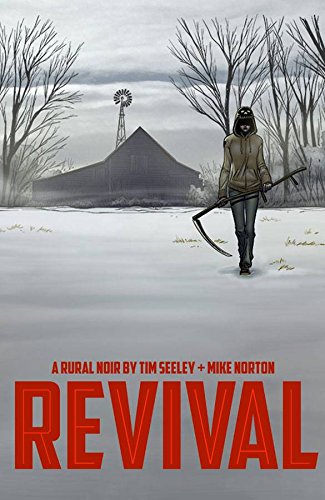 I may have written about Revival before, but it probably bears repeating. It's a dark rural noir in the same vein as Fargo, focusing on the interweavings of a small Wisconsin town. Though thats where the similarities end, as the dead are no longer dead and no one understands why. Recently deceased individuals find themselves alive and whole and are not coping with it well. Meanwhile Officer Dana Cypress has to cope with her Sheriff father, CDC love interest, and recently deceased sister that none were aware had actually died. And then the ghosts appear. 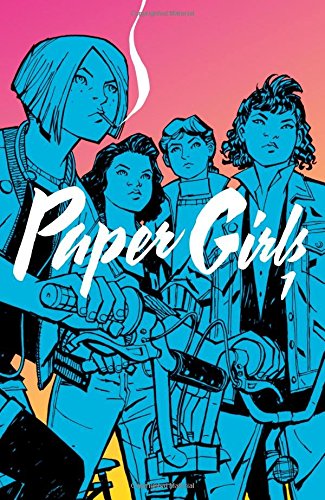 This was one of about the four Brian K. Vaughn titles I had that I might use for this list. Any fans of Stranger Things, I would recommend this book to. It carries a lot of 70s/80s cultural vibe and then skews the entirety of it into almost nonsensical sci-fi wanderings. As neon as you could want it to be and has a nice foreshadowing of what future culture might evolve into, if not also just forming a farce around an Apple-centric civilization.

Posted by Anonymous at 11:11 AM No comments: