Recently I have had a number of kindergarten and first grade teachers, as well as parents, asking me for recommendations of beginning chapter books. You know, something other than Junie B. Jones or Magic Tree House. Now I am not saying that there is anything wrong with either of these series but, come on, there are so many other amazing books for kids just starting to read chapter books. I confess that I ordered the first Galaxy Zack book because the title character on the adorable cover looks just like my son, Zane. I have continued to order the Galaxy Zack series because they are adorable and incredibly funny. O'Ryan puts a unique spin on the "new kid in school" plot by setting the books in the year 2020 and 8 year old, Zack Nelson, has just moved from earth to the planet, Nebulon. Kids will love all of the futuristic technology, from flying cars to I.R.A. (Indoor Robotic Assistant), and there are just enough illustrations to ease that transition to chapter books. 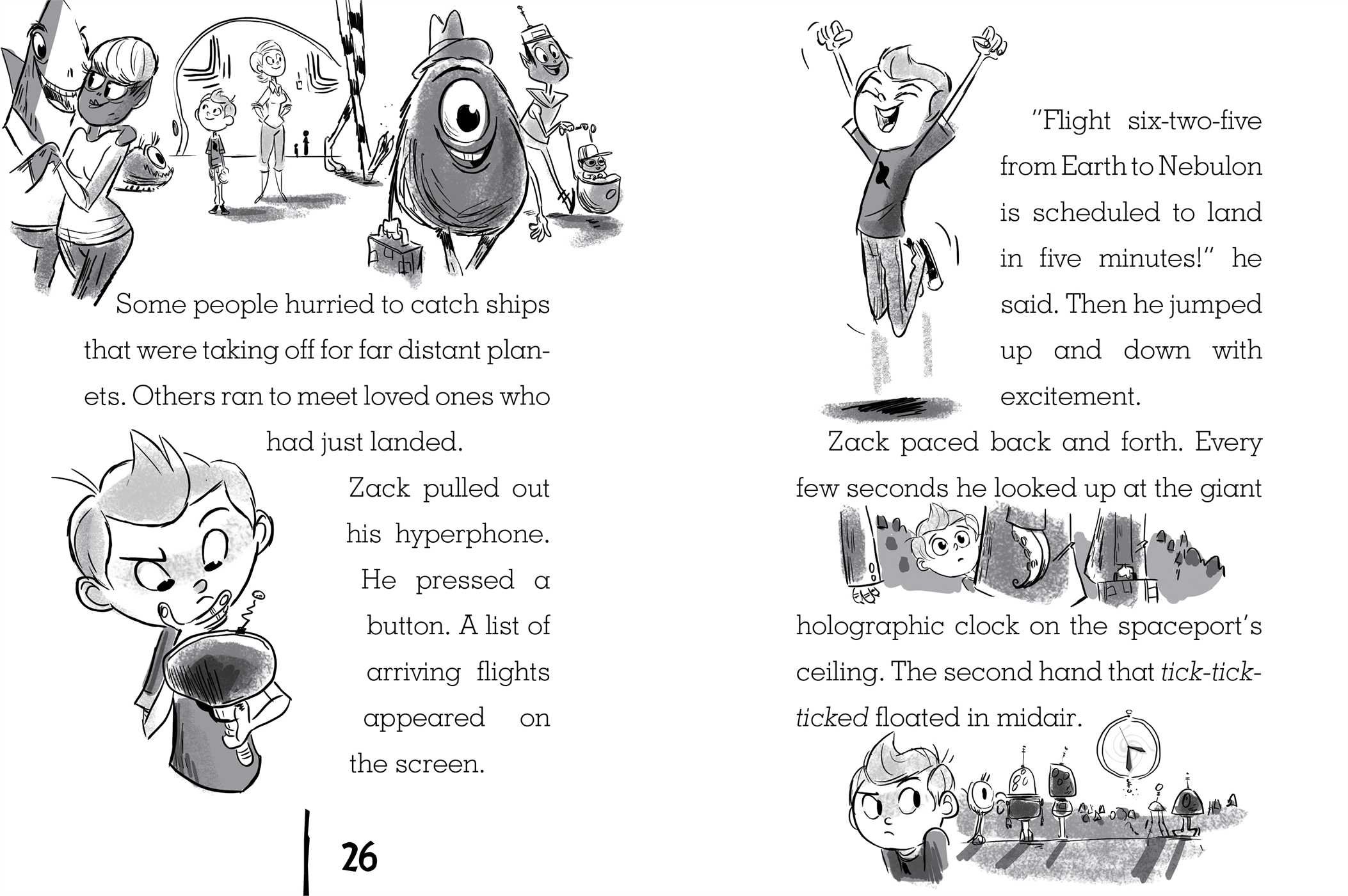 Eugene McGillicuddy (how can you not love a character with a name like that) is obsessed with comic books and superheroes. He even has his own superhero alter ego, Captain Awesome. Along with his best friend, Nacho Cheese Man (who has an unlimited supply of spray cheese with which to battle bad guys) and Turbo, the super hamster, Captain Awesome will protect the town of Sunnyview from evil. It is impossible not to giggle as Eugene (aka Captain Awesome) grapples with villains like the Fun E. Racer, Queen Stinky Pants, and the Baron and Baroness von Booger. 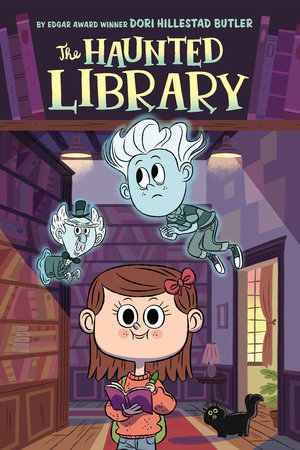 I couldn't resist throwing in a series about a library.  Edgar Award winning author, Dori Hillestad Butler, has written more than 40 books for children. The Haunted Library is her most recent series and revolves around a young girl named Claire who lives above the town library and is able to see ghosts. In this sweet and not really scary mystery series Claire and her ghostly best friend, Kaz, form the C&K Ghost Detectives to investigate hauntings around town


4. The Kingdom of Wrenly by Jordan Quinn
If you have read any of my posts you know that I am a huge fantasy nerd. The Kingdom of Wrenly is the perfect series to introduce young readers to the fantasy genre. The series follows 8 year old Prince Lucas and his best friend, Clara, who is the daughter of the castle seamstress, on their fantastical adventures throughout the magical kingdom of Wrenly.Outside the walls of the palace is Primlox, the land of the fairies, Burth is the island of trolls, dragons inhabit Crestwood, and wizards rule in Hobsgrove.

5. The Princess in Black by Shannon  & Dean Hale

Shannon Hale has written numerous books for kids and teens, including the 2006 Newbery Honor book, The Princess Academy. The Princess in Black series (which Shannon co-wrote with her husband, Dean) which came about after their young daughter insisted that black was not a girl color and it could definitely not be worn by princesses. Enter Princess Magnolia, who is right at home wearing frills and ruffles while dining with a duchess. When danger threaten the kingdom, though, she dons an all black disguise and uses her formidable fighting skills to kick monster butt back all the way back to Monster Land. 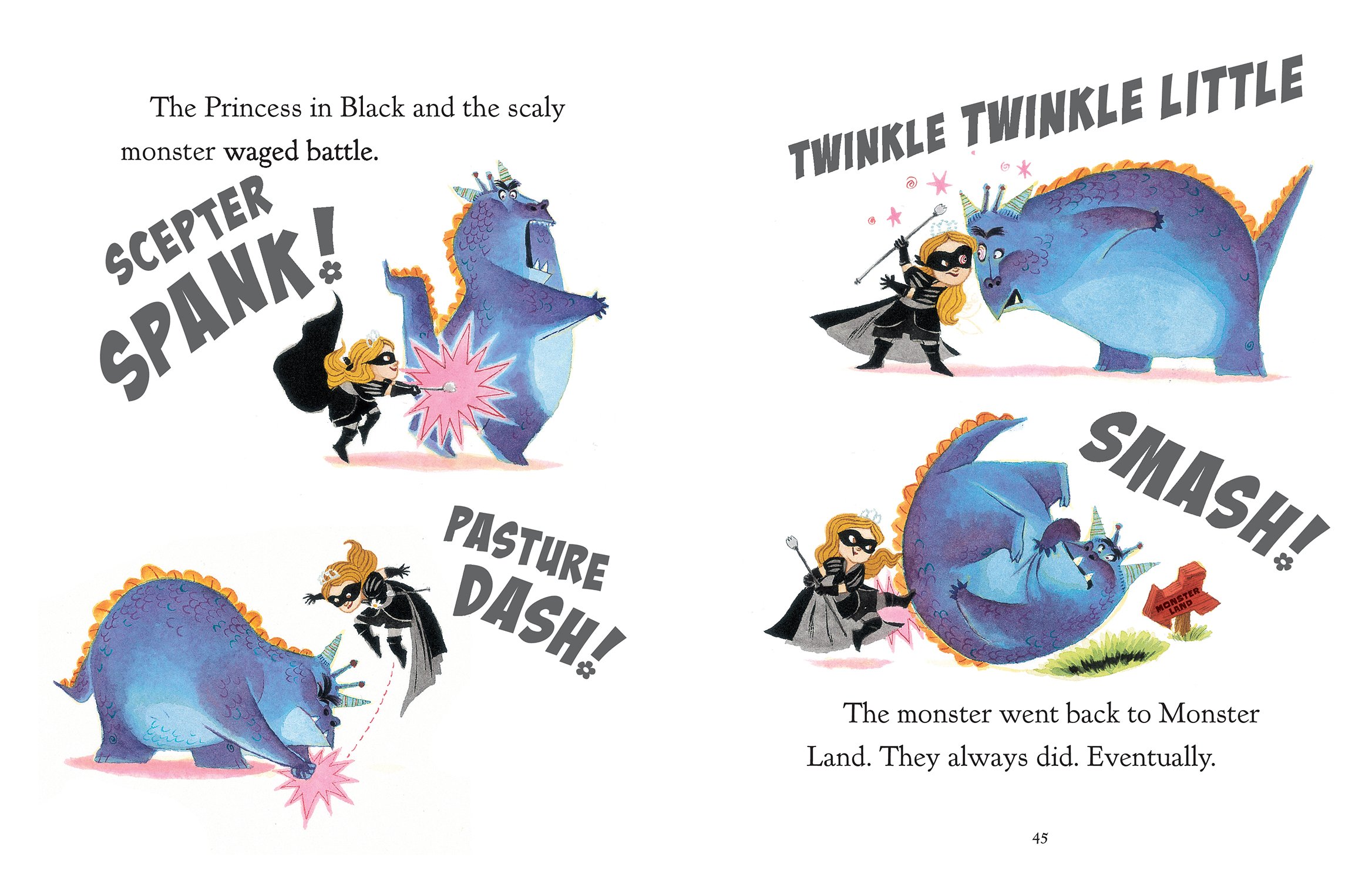 I love Shannon Hale's books because they all feature strong, resourceful, and intelligent female characters. Two of my favorites are Rapunzel's Revenge and its sequel, Calamity Jack. These two graphic novels (which were also co-authored by Shannon's husband, Dean) are wonderfully unique, steampunk western spins on the classic fairy tales of Rapunzel and Jack and the Beanstalk.  In both books, Rapunzel is not some damsel in distress who is going to wait for someone to rescue her. Instead she uses her lengthy locks to save herself and protect her friends. 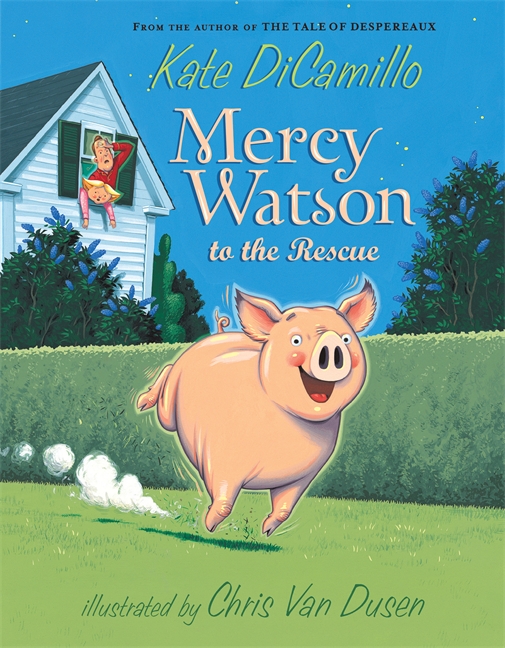 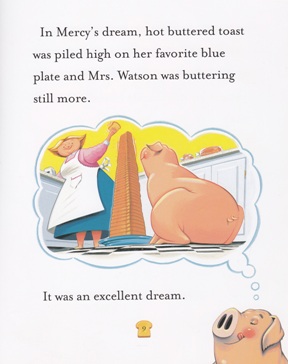 Kate DiCamillo is another incredibly prolific children's author who has won two Newbery Medals for her books The Tale of Despereaux and Flora & Ulysses and a Newbery Honor for Because of Winn-Dixie. The Mercy Watson stories are hilarious beginning chapter books with gorgeous color illustrations by Chris Van Dusen. Of course, how can you go wrong with an adorable pig who has a penchant for hot buttered toast and getting into trouble.


7. Nancy Clancy by Jane O'Connor
Young readers who loved the Fancy Nancy picture books will be exited to follow an older Nancy in her own chapter book series. Nancy is now is third grade, but she still loves to stand out in a crowd whether she is starting her own detective agency, playing soccer, or auditioning for the school play. If you have a girly girl and want something that emphasizes positivism, kindness, and friendship Nancy Clancy is a terrific beginning chapter book series.


8. George Brown, Class Clown by Nancy Krulik
Is there a kid out there who would not be attracted to titles like Super Burp, Attack of the Tighty Whities, How Do You Pee in Space?, and World's Worst Wedgie?  George Brown is actually a spin off Krulik's other early chapter book series, Katie Kazoo. The former classmate of Katie Kazoo has moved to a new town and is determined to not just be the class clown at Sugarman Elementary School. It turns out that being funny and staying out of trouble is not always easy (at least for George).

Krulik has recently come out with a new early chapter book series, The Kid from Planet Z, about a family of aliens that has crash landed on earth and now has to blend in with humans. 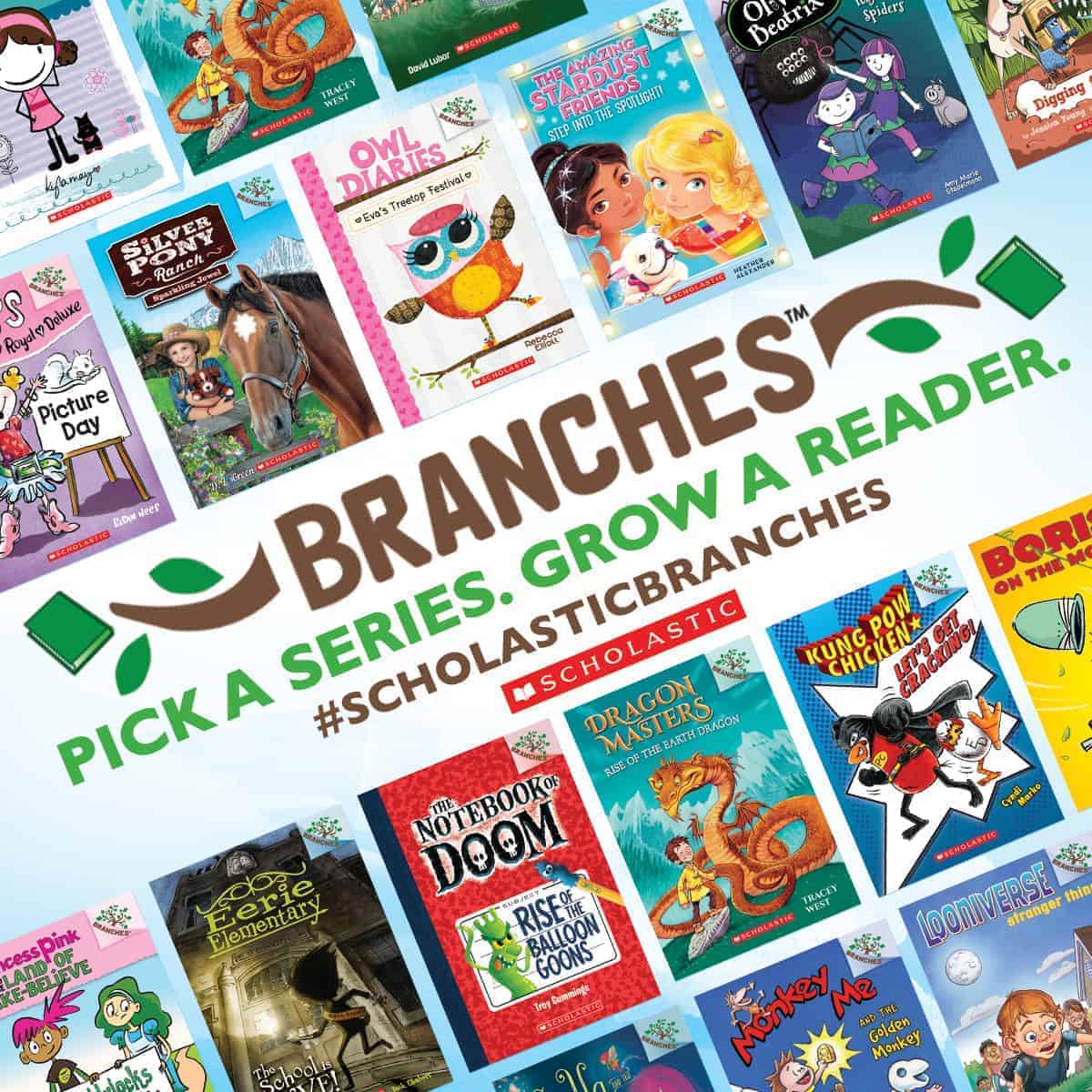 Branches is an entire line of book series published by Scholastic that are targeted at beginning chapter book readers. There is a Branches series for every genre and interest: humor, fantasy, realistic, mystery, animal stories, etc. At our library Owl Diaries, The Notebook of Doom, and Dragon Masters are hugely popular with young readers. 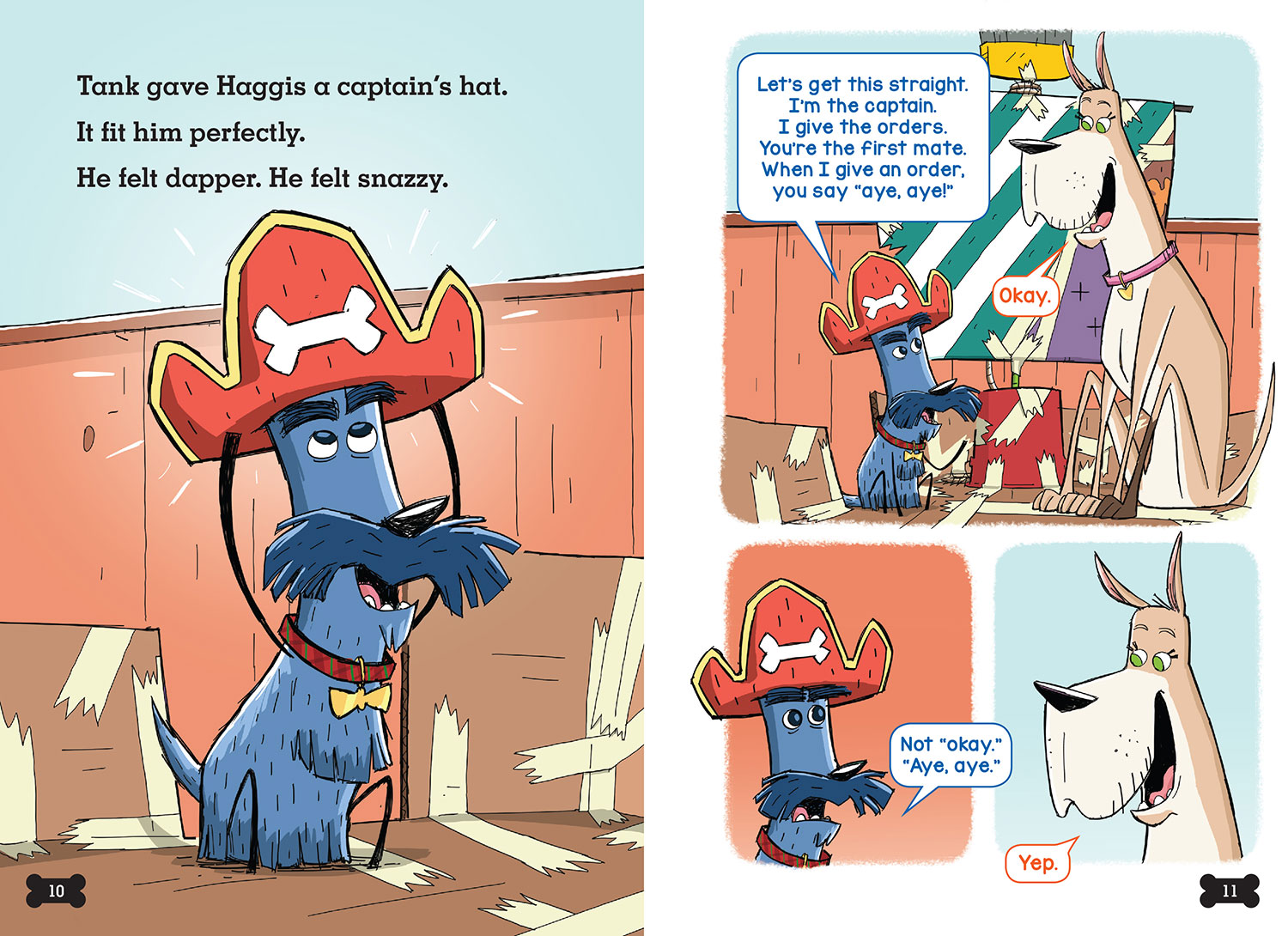 Tank and Haggis Unleashed is a relatively new Branches series that has instantly become one of my favorites. The stories follow the hysterical adventures of a sweet and clumsy Great Dane named Tank and Haggis, a cantankerous Scottie dog. So far there are only two Tank and Haggis books by I found them to be utterly charming.


Branches books are particularly great for reluctant readers.  In addition to the regular text there are plenty of pictures and comic book style pages to keep less enthusiastic readers or those intimidated by full pages of text engaged.

If you have a young reader making the transition from easy readers to chapter books, hopefully, this post has given you some new books to check out.
Posted by Jana at 7:54 PM No comments: